Under 18 Team Selected for Test Match In Ireland

The draws have now been made for the Mens National Finals. Good luck to all involved.

Congratulations to all the Welsh Team selected to play in the forthcoming test matches in Cardiff on 15th & 16th July and then Berriew on the 18th & 19th July.  All supporters welcome: 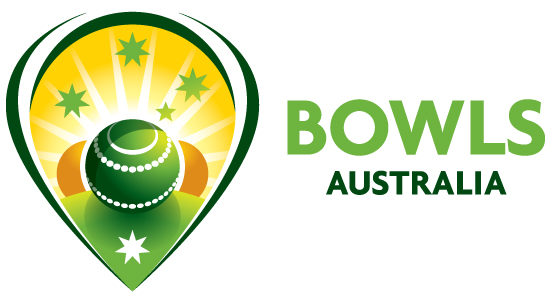 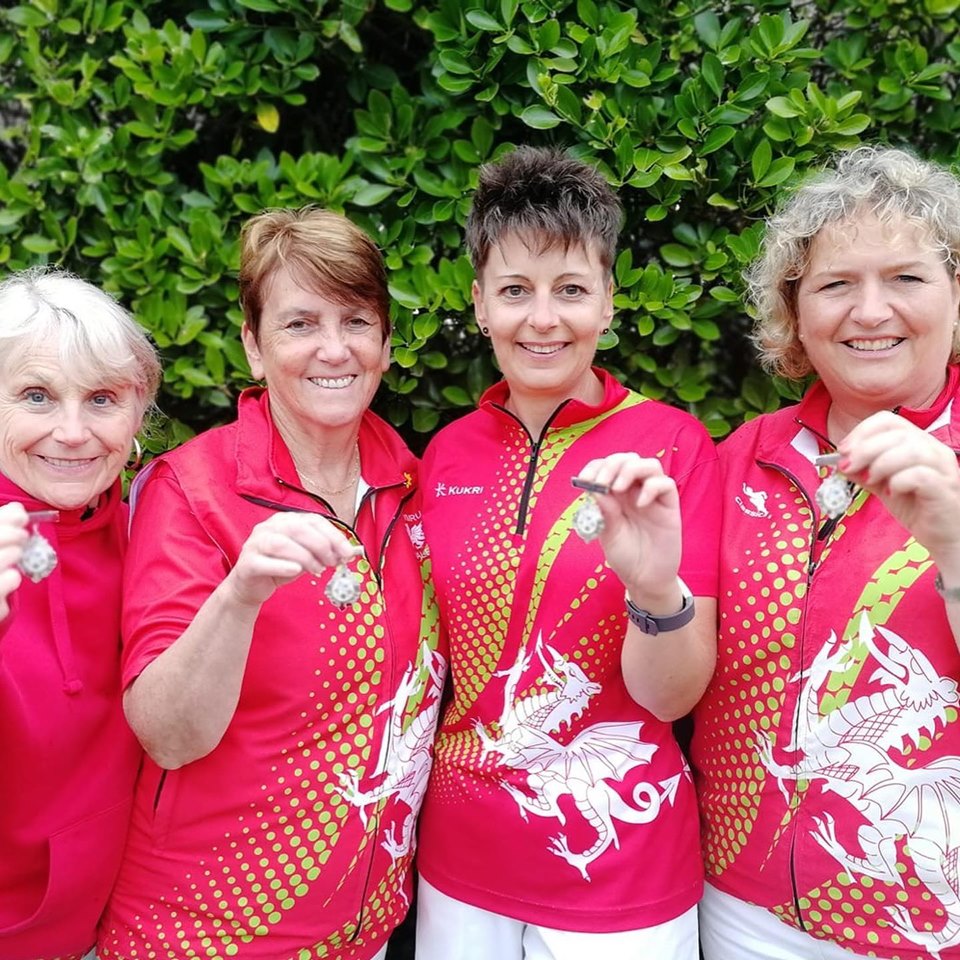 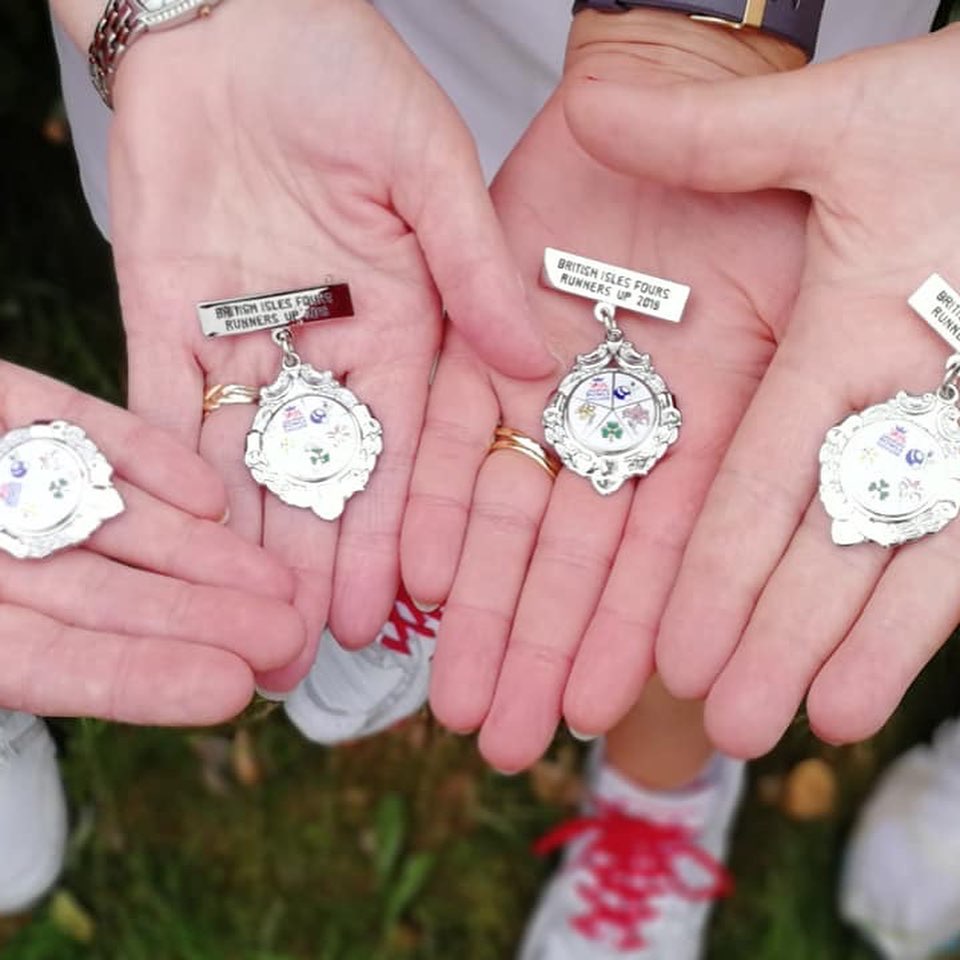 Please can clubs contact John Manfield on 07768 393988 or email This email address is being protected from spambots. You need JavaScript enabled to view it. with the results of Carruthers Shield matches. Thank you.

Thank you to Cowbridge and Castell Newydd Emlyn Bowling Clubs for hosting our practice games.

World Bowls president John Bell and his executive colleagues are delighted to announce the appointment of Hazel Wilson from Wales, one of the UK’s leading lights in bowls administration and resource management, to the organisation’s Board of Directors.

‘It’s a further extension of our resolve to develop the World Bowls talent pool,’ Mr Bell said at the announcement. ‘Hazel is one of the top professionals in her field, a genuine all-rounder, and we’re thrilled to have her wealth of experience, dynamism and positivity on the board.’

A career academic in the field of Adult Education, Business and Training, Hazel Wilson brings more than 20 years of experience and a success proven track record to the role. She has utilised these skills with top results as team manager for the Welsh Women’s Bowls Association at Commonwealth Games, World, Atlantic and international level competitions over the past decade.

A fine player in her own right Hazel has represented Wales with distinction since 1998; won her national singles in 1999; and was crowned British Isles singles champion in 2000.

‘I’ve known Hazel Wilson for many years,’ said World Bowls chief executive Gary Smith. ‘She’s a top professional who knows how to get things done, and her knowledge of bowls is second-to-none. A great asset to our organisation.’ 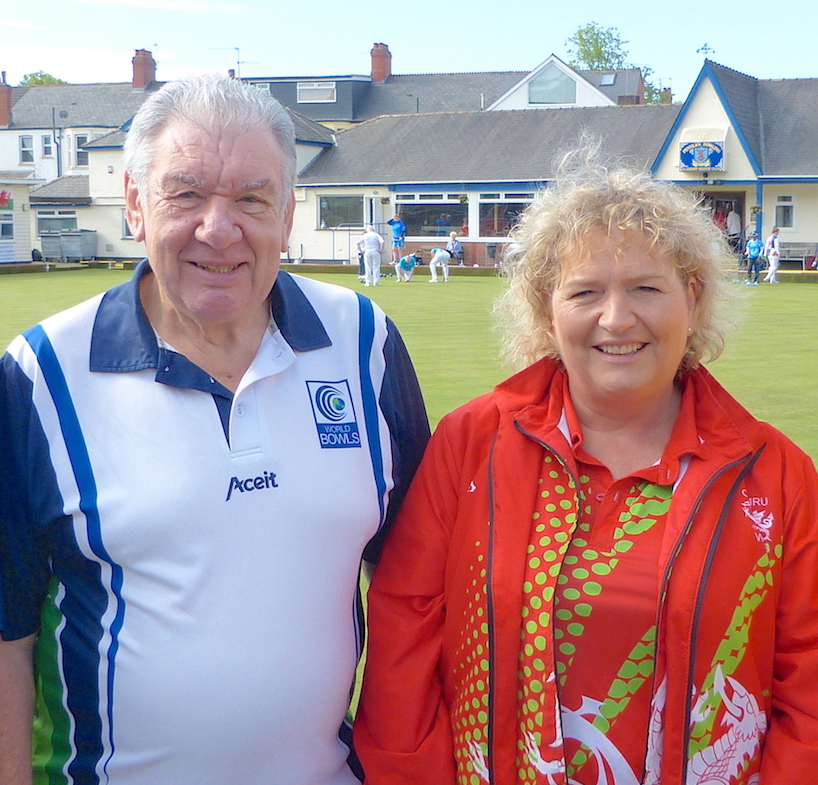 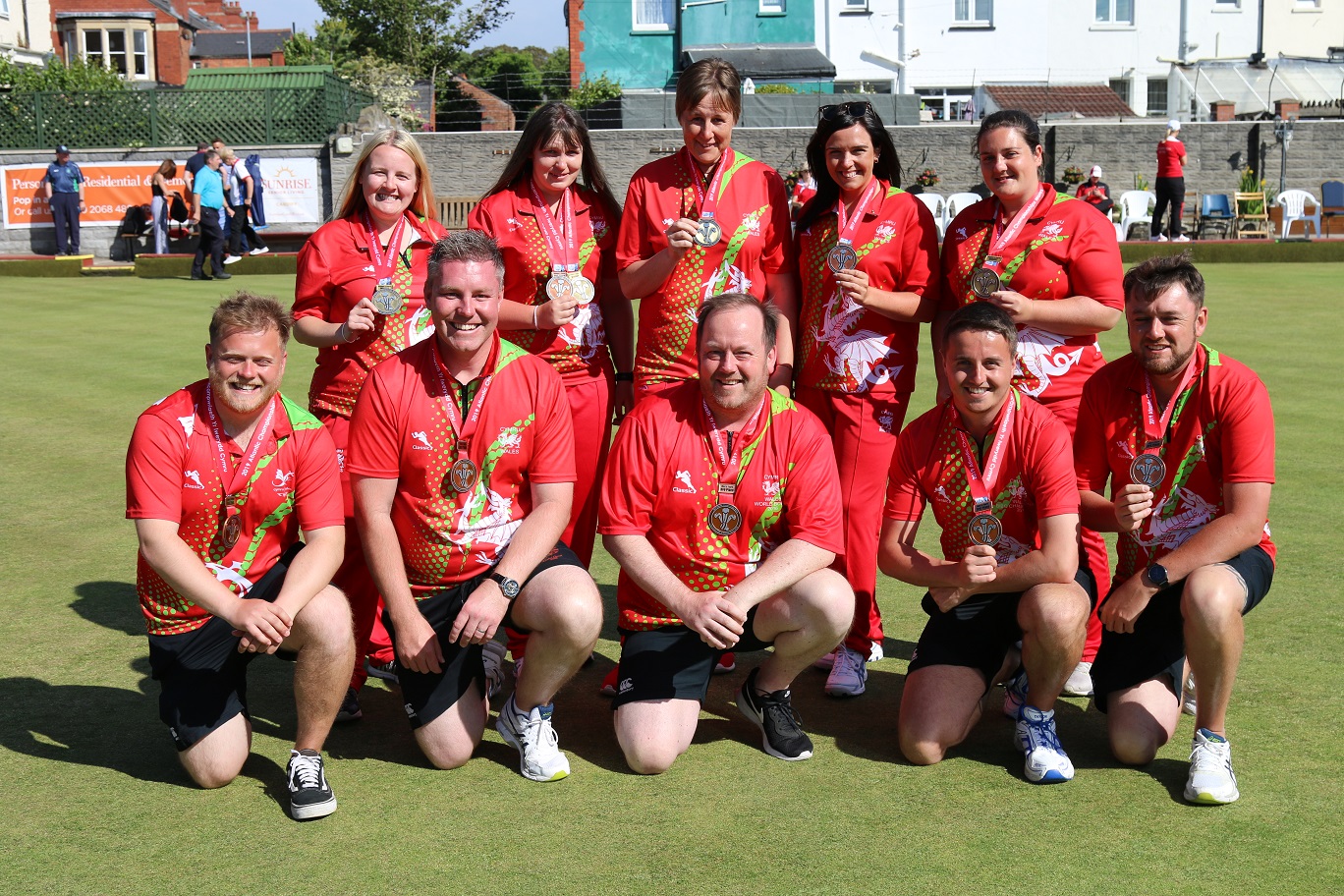 Congratulations to the Welsh Bowls Team who successfully gained a Gold Medal in the Women's fours and a Bronze Medal in the Womens Pairs, Mens Singles and Mens Fours.  All disciplines finished in the top 6 in their respective groups to qualify for World Bowls 2020 in The Gold Coast.  A tremendous achievement.      Photography by Alis Butten

Owain Dando RTB, Danny Davies Jr Beaufort, Gemma Amos Saundersfoot and Alis Butten Lampeter have been selected to represent Wales in the European Championships which are going to be held in Guernsey this year from September 20th to September 28th 2019. Congratulations and good luck to them all.

The following players have been selected for a Tri Nations Test Series on 20th and 21st August 2019 at Belmont BC, Belfast, Northern Ireland. This event is run in collaboration with the Welsh Womens BA.
We wish them all the best for the series.
Iestyn Williams – Penygraig
Ryan Davies – Penylan
Ethan Humphries – Troedyrhiw
Dion Peregrine – Ammanford Park
Rhys Colwill – Briton Ferry Steel Combine
Jordan Driscoll – Kidwelly Town

Applications are reopened for the position of Welsh Women's Bowling Association Selector.  Please click on the link below to view or download the details to apply.

Online ticket sales are now closed. Tickets will be available on the gate for £5 per day - cash only.

Congratulations to the following players selected to represent Wales in the forthcoming Atlantic Championships in Cardiff & Vale.

Eddie Williams has arranged a markers course to be held at Sully IBC on Sunday 17th February starting at 10.00am until 3.00pm. The cost of the course is £10.00  per person.

To register your interest, please contact Eddie at This email address is being protected from spambots. You need JavaScript enabled to view it.

Congratulations to the following who have been successful in gaining international technical official status following a recent assessment by World Bowls:

Good Luck to Judith Wason of Cardiff and Roger Jones of Beaufort who compete in the World Champion of Champions, St. Johns Park NSW Australia.  The competition starts on October 29th and runs through to November 4th.  For up to date results please follow the link http://www.worldbowls.com/event/world-champion-of-champions-2/

2019 International Team for the British Isles Series in Northfield, Ayr 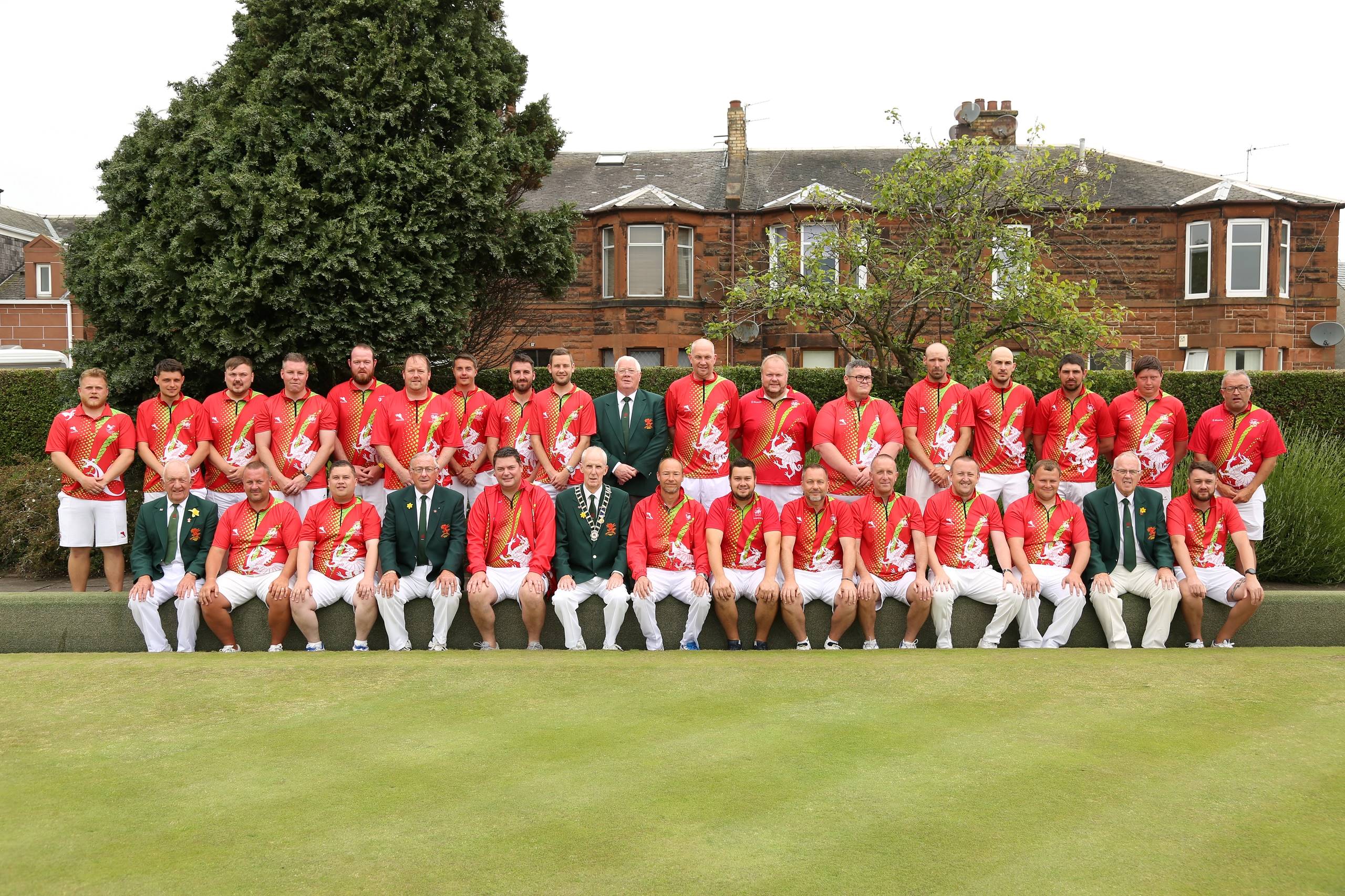 Congratulations to Team Wales U18 who defeated England 14-10 in the latest International Series at Penarth Windsor. 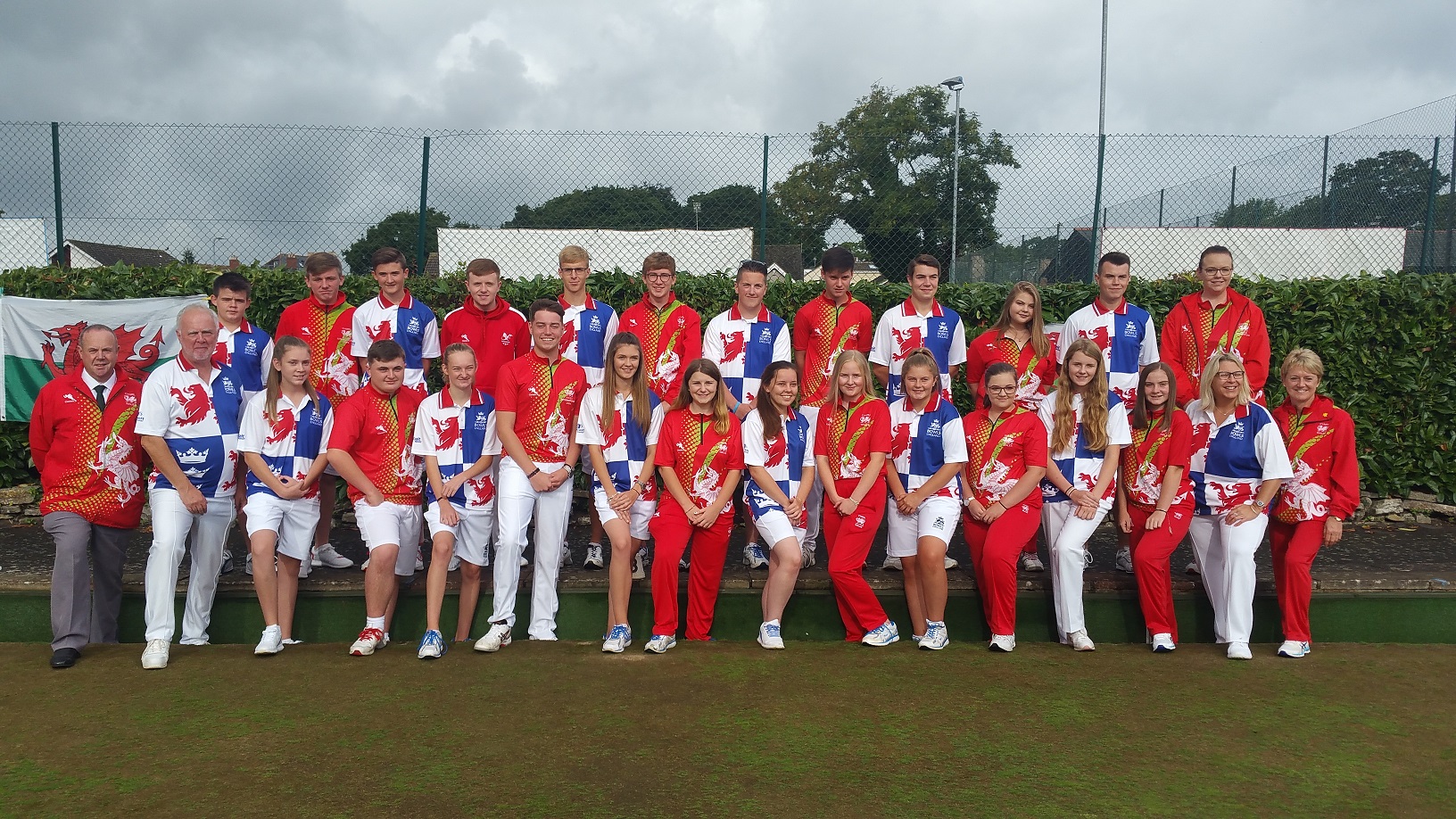 Congratulations to all selected.

Please email your acceptance to This email address is being protected from spambots. You need JavaScript enabled to view it. by return

It is compulsory that you make yourself available for the development day and practice games.

DUE TO ADVERSE WEATHER WARNINGS AND HEALTH & SAFETY OF OUR PLAYERS AND OFFICIALS, THE UNDER 25 PRACTICE MATCH HAS BEEN CANCELLED.

Please Confirm Attendance by 19 August  by email:This email address is being protected from spambots. You need JavaScript enabled to view it. or 07841491922

Players to report at 1.00pm.  Whites and Academy tops to be worn

Regulation Dress: Trousers, tailored appearance shorts and shirts will be white, but coloured shirts of affiliated W.B.A. Clubs may be worn, or County Colour in those competitions provided that all participants are wearing the same colour. Shoes can be predominantly white or brown, with heal-less smooth soles with white socks. While white caps can be worn, but coloured caps will not be allowed, and wet suites must be predominantly white. All players in a combination (Pairs, Triples, Fours or Team) must wear identical tops and will be asked to change into the same colour and pattern as their team members.

Red and Blue Stickers will be issued to all competitors, and each scoreboard will be marked red and blue to match.

Scorecards signed by the opponents, must be returned to the Championship Office immediately after the completion of each match.

Alcohol: Competitors are not allowed to consume alcohol during the course of play at the National Finals.

Smoking: Competitors are not allowed to smoke or use “E” cigarettes on the bowling greens.

Stamping requirements for Bowls: Bowls bearing a legible hexagonal (bullet) stamp of any date, or bowls bearing the World Bowls Stamp, may be used provided they are able to be read.

Mobile Phones must not be used on the greens.

Whilst every effort will be made to play the matches on the day and time stated, competitors may be required to play at a different venue and at different times to those stated in the programme. Play under floodlIghts may also become necessary.

If substitutes are required these should be substitutes already used, or if no substitute has been previously used, the substitute can only be a member of the same club who has not previously entered in the competition concerned during the current season. Substitutes may be required if there is extreme congestion of matches caused by “Double-ups” in later rounds.

Drug Test: Competitors should be aware that they may be subject to a Drug Test.

Trophies will be held by the winners of the Competitions for One Year. Should any damage occur during that period to the trophies, the cost of repair will be borne by the player or players concerned for the appropriate trophy.

The Welsh Bowling Association wishes to thank everyone who has helped in the preparation and running of the 2018 National Championships, including: Llandrindod Wells Town Council, Llandrindod Wells Bowling Club, Umpires and Markers, County Associations and individual donors of draw prizes.

Thanks are due to advertisers and sponsors who have supported the WBA by placing advertisements in this programme, it is hoped that members of the public and competitors will be able to support the advertisers.

Congratulations to Anwen Butten of Lampeter, Sara Marie Nicholls Llandeilo, Mark Letman and Damian Doubler of Penylan Bowling Club who have been selected to play in the Hong Kong Classic Mixed Fours and Hong Kong International Bowls Classic singles and pairs. The competitions take place from 7th to 18th November 2018.  Good Luck to all.

Good Luck to the Womens Junior International Team for the weekend.

Congratulations to our Mens Senior team on winning the British Isles International Series in Leamington Spa. It was a superb performance on the Saturday to defeat Ireland and Scotland. Missed out on beating England but the title was secured. Well done lads.

Also, in the British Isles we had huge success. Congratulations to Jordan Davies, Jack Davies, Jarrad Breen and Ross Owen on winning the Fours and to Ross on his Under 25 Singles success. A great achievement and Wales are proud of you. 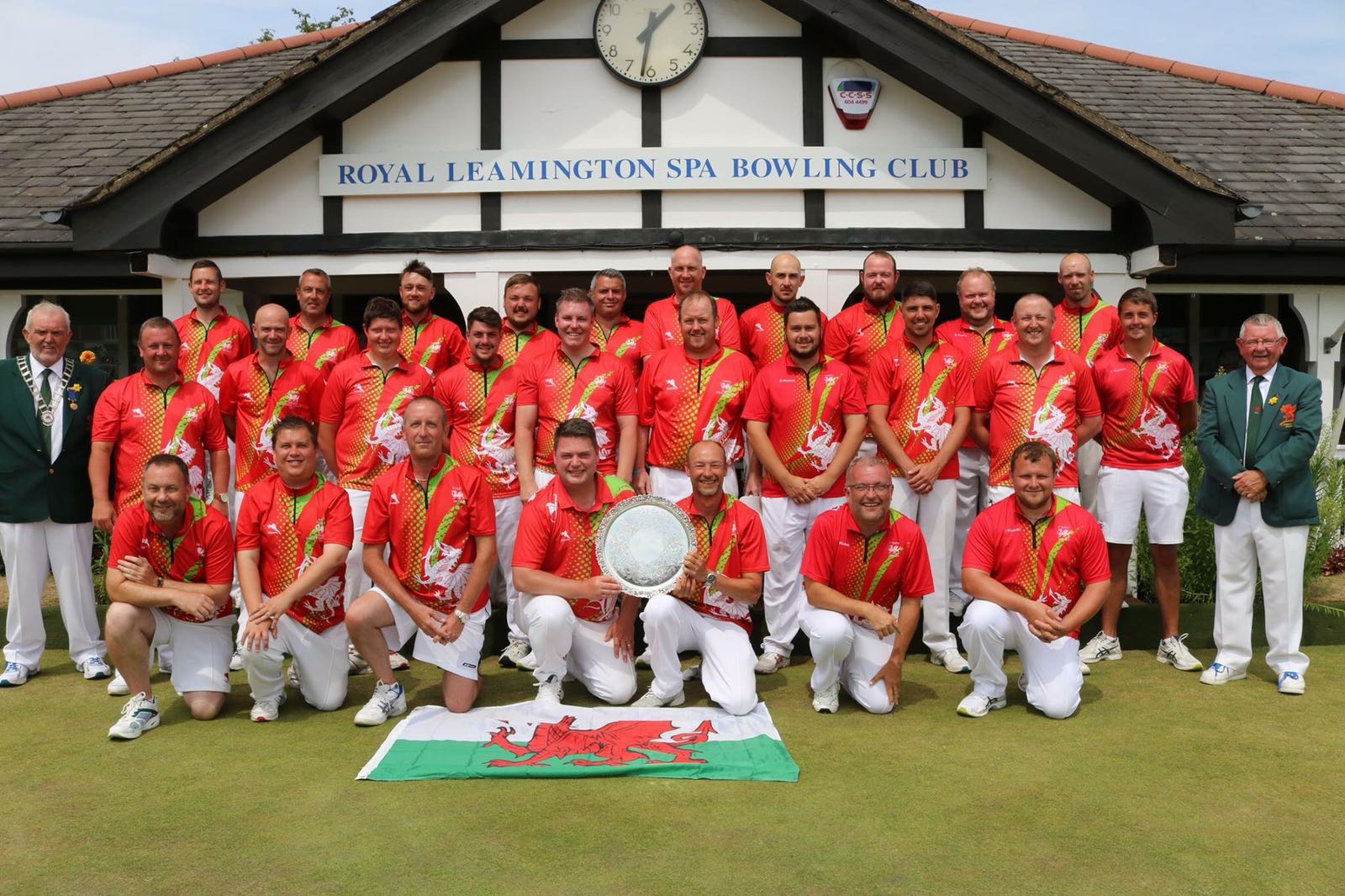 The new Super 10 Competition launched by the WWBA this year was won by Mid Wales in a hard fought final against South Wales & Mon at Ebbw Vale Welfare.  Mid Wales won the Singles, Pairs and Fours with the Triples going to South Wales & Mon.  Mid Wales also won the overall by 6 shots 67 to 61. 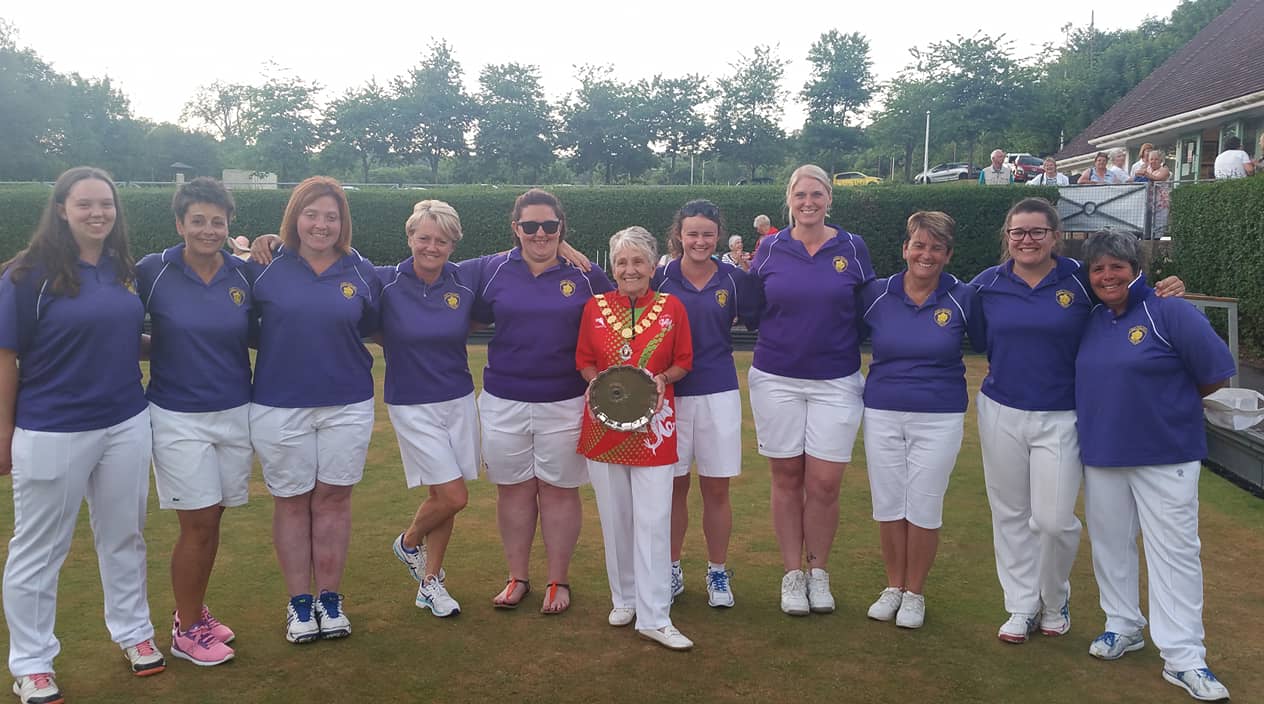 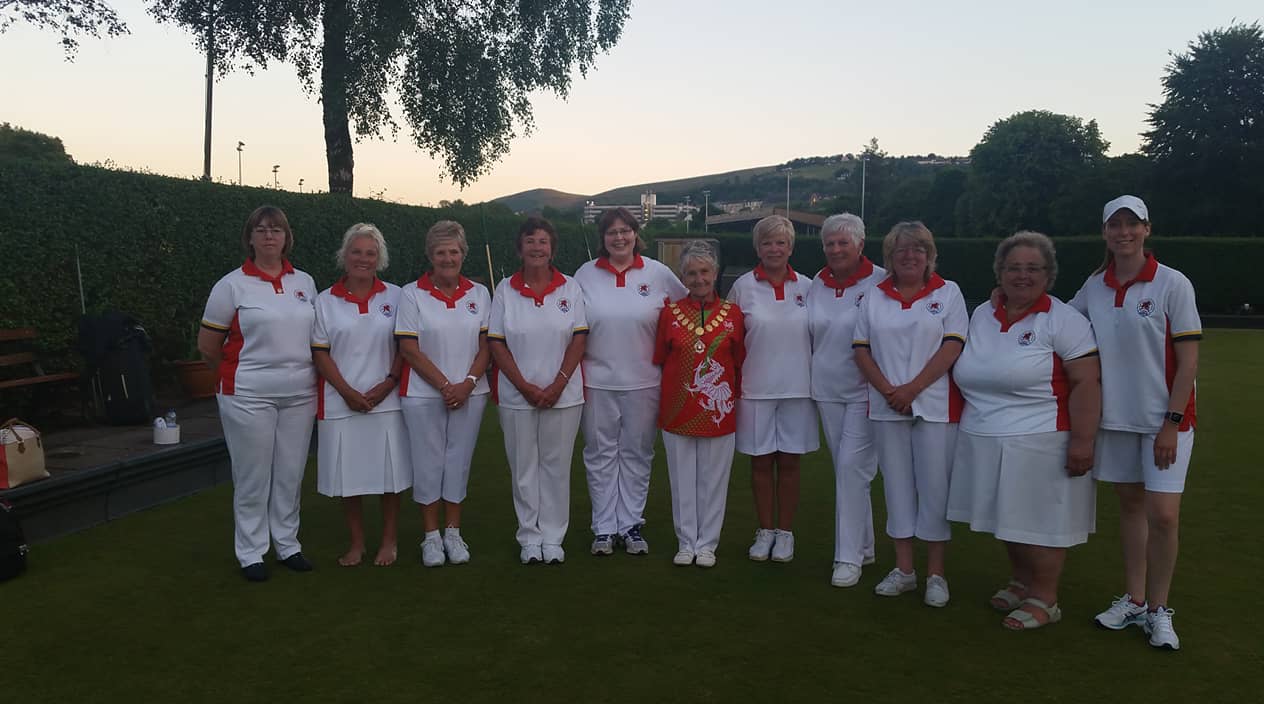 South Wales & Mon - Runner up in the WWBA Super 10

Click here for the latest Savegar Trophy results and standings

Click here for the latest Ladies Super 10 results and standings

The eyes of the bowls world will be on Cardiff & Vale next month for a 10 nations test match.

Wales have invited nine countries to take part in the nine-day event which is being held as part of the preparation for the Atlantic Championships which Wales will host in 2019.
Countries taking part are Malaysia, Australia, USA, Spain, Ireland, Jersey, Canada,  South Africa and Namibia (men only).

Both the WBA and WWBA have chosen teams made up of a mix of experienced and a development players to give them an opportunity to play against some of the top countries in the world.

The test match is being held July 6-14 at Penylan, Cardiff, Penarth Windsor, Barry Athletic and Dinas Powis clubs. There is a rest day on July 10.

Said team managers Hazel Wilson and Dave Harding: “All of us in Welsh Bowls are delighted to be able to host this test event and welcome all the other countries as preparation for the prestigious Atlantic Championships in 2019.  The test match is a great opportunity for our players to play against some of the top players in the world.   We have selected an exciting blend of both experienced internationals and some of our best emerging talent.  We look forward to following their progress through these matches and hope that the spectators enjoy some terrific bowls along the way.”

Good Luck to the Senior International Team and British Isles Teams who are competing in Ireland next Weekend. British Isles is Friday 15th June and Saturday 16th June with the international series from Sunday 17th to Tuesday 19th
Teams Below:

Please Confirm Attendance by 1 July by email:This email address is being protected from spambots. You need JavaScript enabled to view it. or 07841491922

Players to report at 1.30pm.  Whites and International/Academy tops to be worn 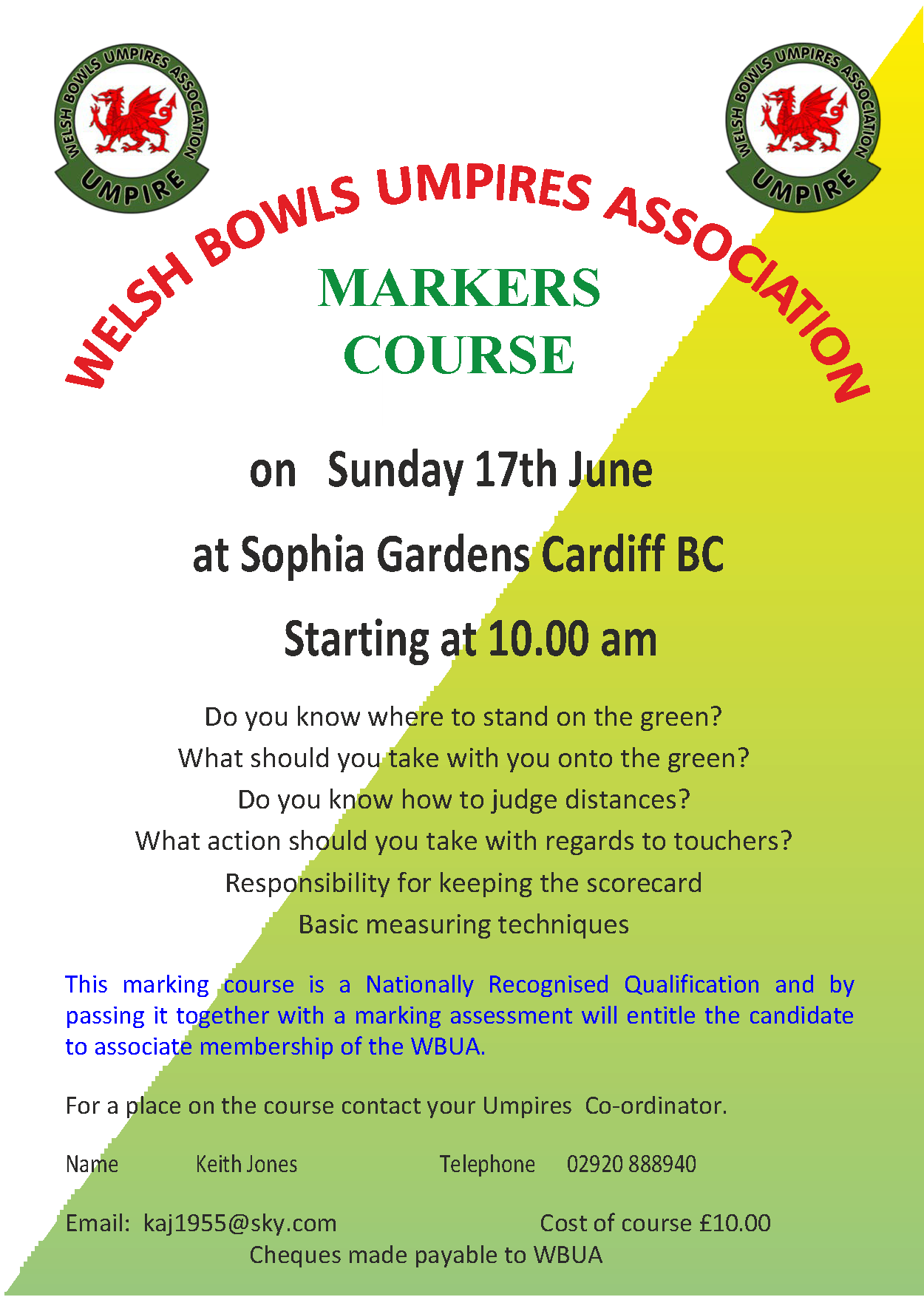 What an incredible match. Julie Thomas and Gilly Miles have won Commonwealth Bronze on an extra end. The last bowl from Gilly was described as the best of the Games! And what a shot it was. We are so proud of Gilly and Julie. Congratulations to you both! A special well done to John Wilson and John Byron too. Fantastic every one of you. 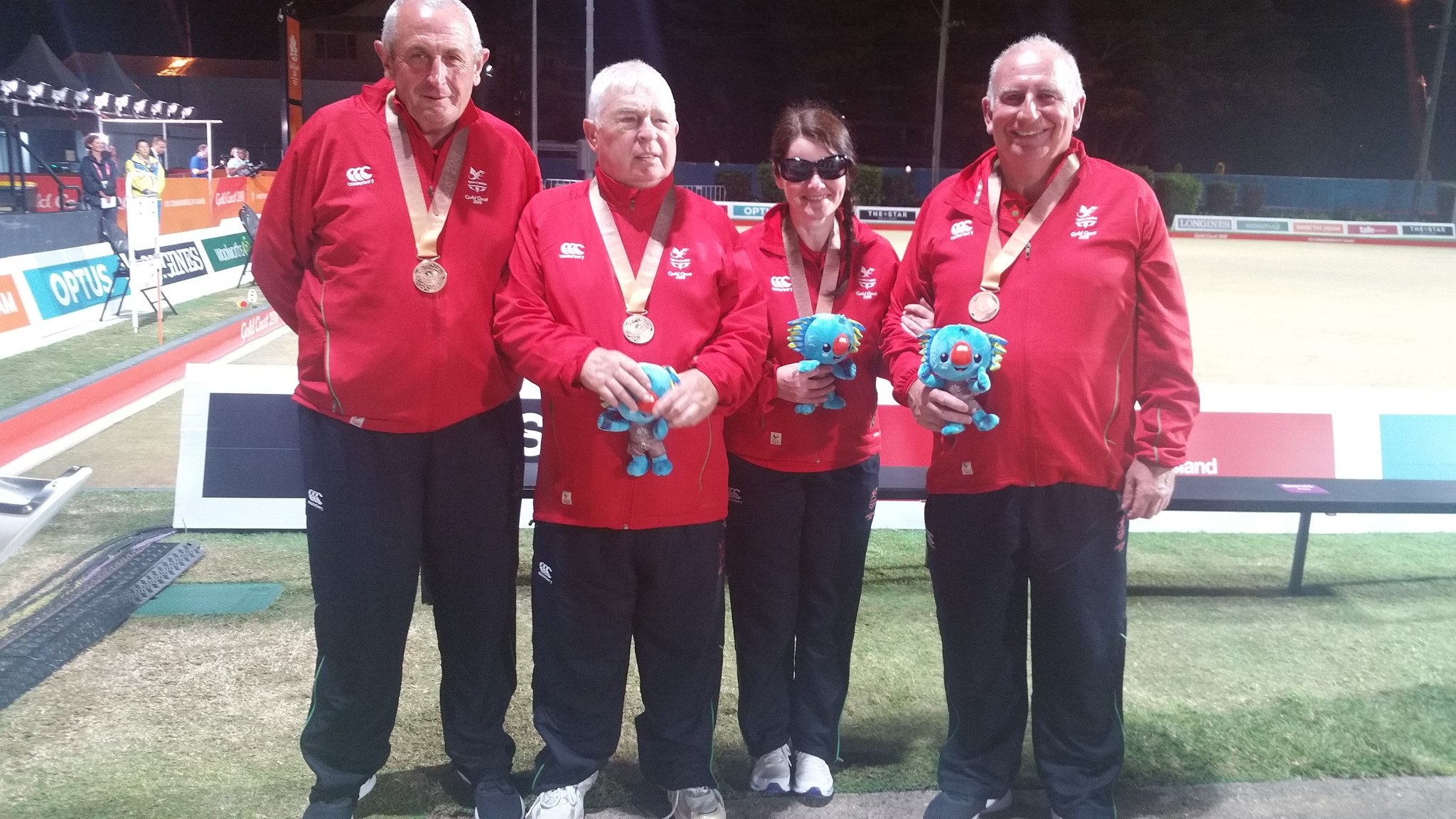 Gold at the Games!

In an incredible Men's Pairs final, Dan Salmon and Marc Wyatt won the Gold medal beating strong favourites Paul Foster and Alex Marshall 12-10. An absolutely outstanding achievement and the whole of Welsh Bowls are immensely proud of you both. 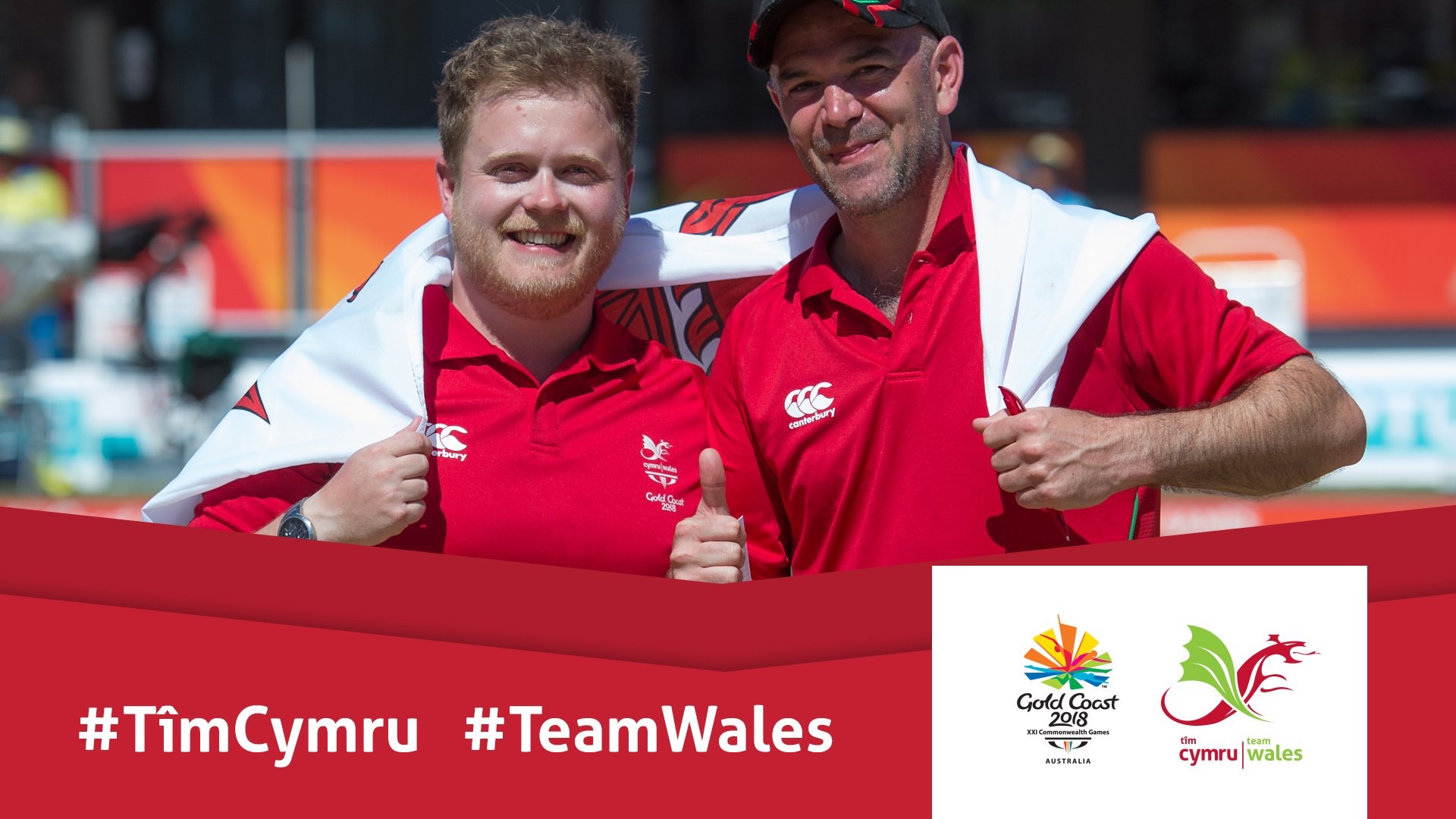 Follow Team Wales results at the Commonwealth Games Gold Coast 2018. We Are Red!

Congratulations to Laura Daniels on winning a silver medal in her first Commonwealth Games. Amazing achievement and Wales is so proud of you! 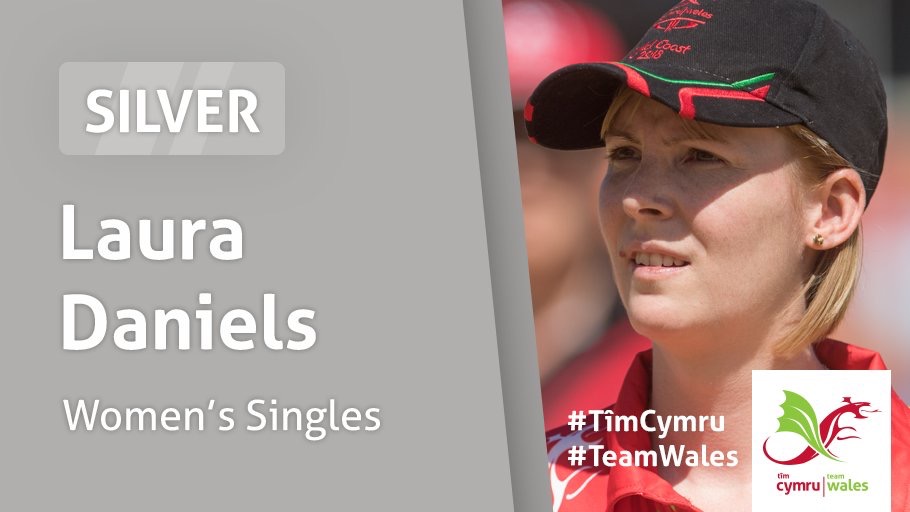